what the heck's going on here then?

Well, when Libby & Eric got in touch about their wedding... they mentioned that they were interested in an engagement session and were after some fun photos that they could use for their invites and wedding webpage. They wanted to get out into nature and simply see what came of it, surrounded by some pretty sweet bushy backdrops. Their wedding was scheduled to take place just before Christmas, so getting some shots during August was going to create some serious contrast to their wedding photos (I'll get those up soon). I had actually been walking around Headley Heath just before they mentioned their idea, so I suggested it is an ideal location and recommended going during the golden hour (the last hour of sunlight). I don't think any of us were ready for just how beautiful it was!

where abouts is headley heath and is it worth a visit?

It's in Surrey, not far from Box Hill (Dorking) and is owned/maintained by the National Trust. It's actually a designated site of special scientific interest for its rich, varied and rare wildlife on open heath, chalk downland slopes and mixed woodland. There's plenty of Jurassic park style Bracken too, which gives a lovely dark green texture to photos, one of the many reason it's such an amazing place for a shoot. If you're not going there to take photos, it still provides an amazing walk... I advise taking some good walking footwear to get the most out of it. If you've got a dog, they will go nuts for it!

more on the golden hour:

When the sun's up high in the middle of the day, it appears much brighter and is pretty difficult to control. If you're photographing someone standing in it, one side of them will be glaringly bright and the other side will be in total darkness, a very unflattering result. Once the sun starts to descend and gets closer to setting, its light passes through more of the Earth's atmosphere due to the angle and this is where the magic happens. As the light particles pass through more air, they also pass through more pollution and more heat turbulence, causing them to fragment and break up. The result; all those lovely deep yellow & red colours! The light is also at its softest, so you can embrace it rather than run from it. If it's an overcast day, the timing doesn't really make any difference at all.

we like the idea of an engagement shoot, but would we enjoy it?

Don't think of it as a photoshoot, going out for an intense hour or standing in weird ways, trying not to look like you're having your photo taken. It's more like going somewhere that's of genuine interest to you and exploring it... we just happen to have a camera with us so we don't forget where we went and what we did. The first 5-10 minutes might feel a bit strange as you get used to it, but believe me - so many of my couples end up saying things like. "Well that was easy" or "We were a bit unsure about it... but we totally loved it". It's just about going at it with the right approach, expectations and understanding of why we're doing it - it's just about having a good time and capturing it as proof! A good photographer will advocate the importance of you just being yourselves... they won't get you to be someone else.

Keep it simple and have loads of fun!

Why not bring some G&T? Funky hats or Top Gun sunglasses! Show off your sense of humour! Why not do the entire shoot tongue in cheek... it's a lot of fun when you're being your silly self! Remember that the photos you end up with should reflect you... not your photographer, although it helps if they're totally on board with your vision. Oh yeah... so ya know - it means that getting the right Surrey Wedding Photographer is a pretty great start. Don't think too much about trying to make it all romantic and fluffy... bring water pistols, picnic blankets, an entire dining table with chairs & silverware, a Friends style sofa with lamps... etc... whatever it takes to make it totally YOU! If you're cyclists - bring your bikes and all your gear. Dog people? Get them in! If you like board games - how about we find the least likely location for a game of chess? I hope this gives you a bit of inspiration and gets your creative juices flowing! Come on - go for it! If you'd like to chat to me about having an engagement session, do get in touch right here! 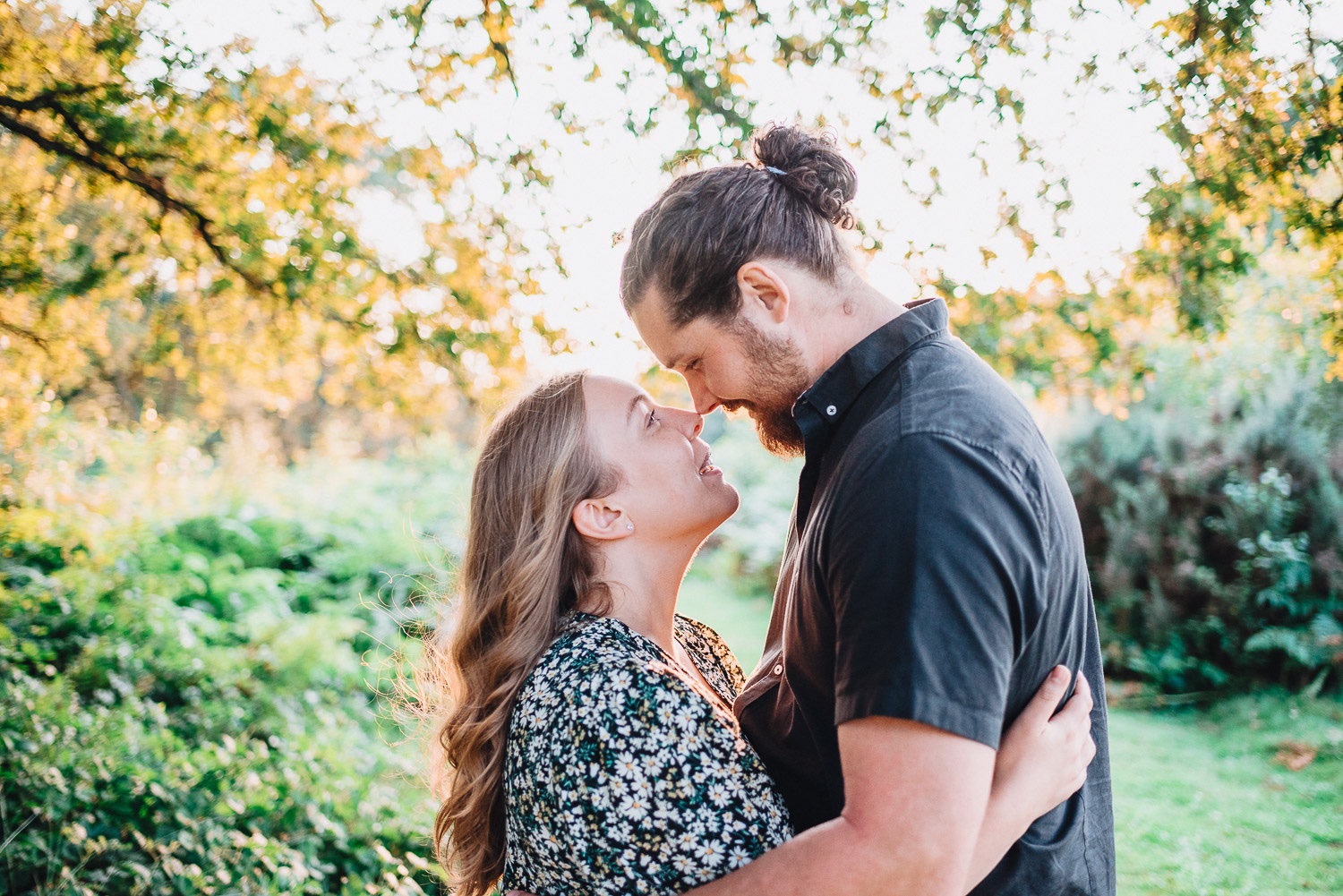